To view catalogue of Diesel Particulate Filters (DPF) click here or download the catalogue of our filters from here. (.PDF file)

The purpose and functioning of DPF or FAP filter

DPF is the short term for diesel particulate filter and is also known FAP filter. It is the element of exhaust system at diesel engines and is usually installed with or without catalytic converter. DPF is mainly responsible for the elimination of unburned particulate matter from combustion of diesel fuel in engines. DPF or FAP filter is a mandatory component of any diesel car that belongs to a group of EURO IV or higher. DPF has been developed with the aim to reduce air pollution by exhaust gases and particulate matter emissions of diesel engines.

In year 2009 EURO V standard came in Slovenia. This standard targeted 80% reduction of emissions so that year we started manufacturing DPF filters.

DPF or FAP filters consists of filter element (ceramic core) which can be constructed from different materials. When DPF reaches a certain level or degree of saturation with solid particles, the so-called regeneration is triggered. Regeneration or cleaning the DPF or FAP filter means that when the temperature of the exhaust gas is increased, incineration and release of soots is performed. The regeneration process of DPF is different from the various filters, marks, etc… 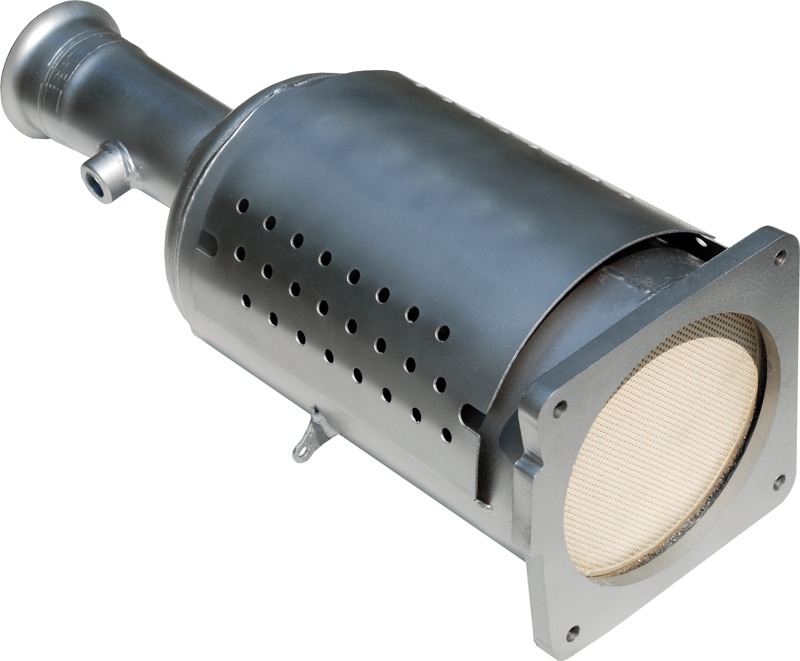 THE CAUSE OF PROBLEMS FOR DPF or FAP FILTERS

All vehicles that have DPF or FAP filter have prescribed specific standards that must be met by motor oil. Amond them is that oil should not contain sulfur because its causing even greater bonding to the porous structure of the DPF or FAP filter, which makes it difficult for the quality regeneration.

If the EGR valve does not function properly and/or is damaged, its causing improper combustion of fuel and increased smoking engine, which results in substantial clogging DPF or FAP filter. In the event of damage or leakege o fair at the inlet and discharge pipes of the engine, it may also cause clogging of the DPF or FAP filter.

DPF or FAP filter needs attached discharge pipes for the smooth perform and control of fouling because presure is transmitted through them in each point of DPF. And if those points are damaged the logged parameters are wrong, which leades to malfunction of regeneration.

Defect in the turbo charger (DPF or FAP)

Failure or malfunction of the turbo charger can impair the proper functioning of the DPF or FAP filter. All this can lead to the core damage and consequently the destruction of DPF.

Damage on the catalytic converter (DPF or FAP)

DPF or FAP filter is mostly clogged with city driving because the vehicle is allways in the low RPM and temperatures, which does not allow to trigger an optional regenration. Quantity is constantly accumulating and eventually lead to a blockage, which means changing or cleaning DPF or FAP filter is necessary.

All of the above listed problems with DPF of FAP filter are a result of insufficient knowledge of the drivers with desel engines. If the warning light for the DPF or FAP filter in the car illuminates everyone immediately want to change or clean DPF because he was told to do so.

Despite the difficulties that can happen as a driver or prospective owner of newer diesel vehicles we recommend that you first quality clean, restore or replace DPF or FAP filter. With this you will operate to a friendy environment because DPF or FAP filter will contribute to increased cleanliness and health. In the company Novak we offer all the solutions of the exhaust system for your vehicle; also in terms of ecology and releases toxic gases. DPF or FAP filter is a final destination which indicates that the motor vehicle is no longer working optimally. If you have any doubts we are always availabel to advise you and find a common solution.

We use cookies to ensure that we give you the best experience on our website. If you continue to use this site we will assume that you are happy with it.Ok